A day trip in Suzhou, the Venice of the East 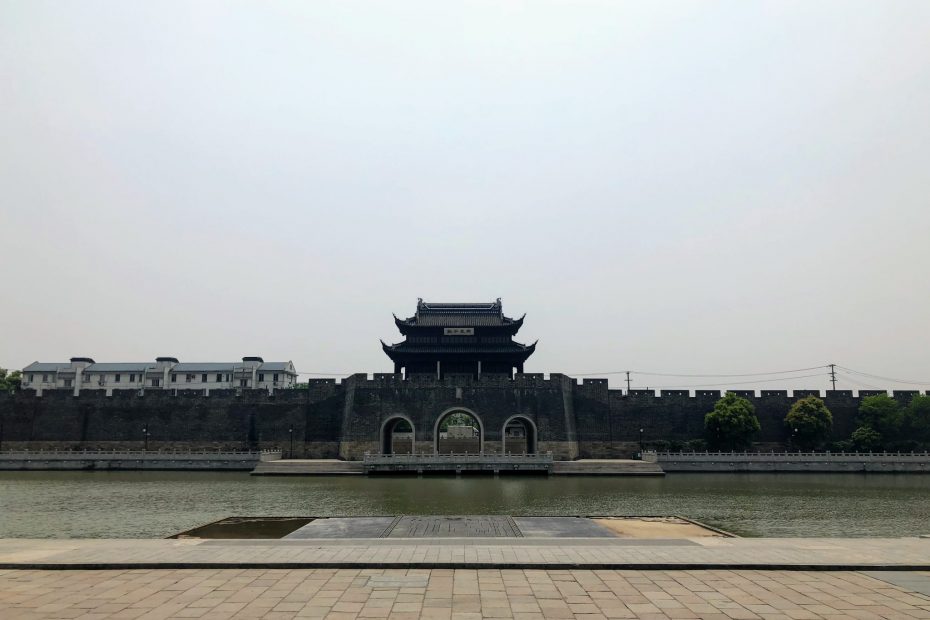 Suzhou is about 100 km from Shanghai, around 40 minutes by train. It is known as the Venice of the East as it is composed of a network of canals and bridges. It is a great option to go for a day trip in Suzhou when you are in Shanghai for both the proximity and the gardens and canals, which are very beautiful for sightseeing, and for points of interest.

In Suzhou, you can visit the Beisi Ta, the Humble Administrator’s Garden, the Silk Museum or the Shuang Ta. It is also a good city to observe Chinese everyday life outside the big cities and the confusion.

How to get there

For those coming from Shanghai the most convenient and quick way to get to the city is by train. Trains in China are quite frequent and are usually punctual and fast. There are about 60 daily connections between the two cities.

There are trains of type G and D. The first ones are faster and more comfortable and therefore more expensive. As the goal is to do a day trip in Suzhou and you should make good use of your time, we suggest you choose a fast train. The price of travel for a G train is, in second class, ¥ 39.5 while a ticket for a D train is only ¥ 25.5.

See here how you can buy your train ticket in Shanghai for a day trip in Suzhou.

When we arrived, we soon noticed by the train station that in fact, this city is not a big metropolis like Beijing or Shanghai. The construction is much simpler and more practical, with very wide corridors, giving the idea of thousands of people moving there every day to work.

When we left the station, we soon felt the heavy air due to the pollution and even when though it was hot, it was not possible to see the sun clearly as it was hiding behind a haze of pollution.

The station is located outside the central area of Suzhou and to go to the city you can take the metro or, alternatively, make the way on foot. We chose to walk once we realized, as we were leaving the station, that the city had a complex system of canals and there were several gates and bridges that we wanted to see up close on the way towards the city.

Along the way, we saw the various attractions and areas of the city. A day trip in Suzhou is not enough to visit everything but, in this post, we leave some of the points of interest so that you can make your choice.

Tips for a day trip in Suzhou

The Beisi pagoda or Chinese Beisi Ta is a Chinese pagoda, belonging to the Bao’ Temple in Suzhou. The base of the construction has an octagonal structure and rises in nine stories, with a total height of 76 meters. The pagoda originally had eleven stories, but after structural damage, it was reduced to nine. Its multiple curved eaves have similarities to those of the Liuhe Pagoda located in Hangzhou. Its outer walls are composed of brick, those covered with stone, and the eaves and banisters that outline the structure are made of wood.

In addition to the visit to the pagoda, you can see the temple in which it is located as well as the statue of a  in your garden. Admission is free.

The silk museum documents the history of silk production and Suzhou embroidery dating back to 2000 BC. The exhibits include old looms with demonstrations, samples of ancient silk patterns and an explanation of sericulture.

They are considered the best preserved and twin pagodas in the early days of China.

Dinghui Lane, in Southeast Suzhou, where the twin pagodas were built, is now called Shuang Ta (Twin Pagodas) Lane. According to historical accounts, the pagodas were built in 982 during the Song dynasty by Wang brothers of Wuxian County.

The twin pagodas, both built in brick, are almost exactly the same size, structure, and shape. Both have eight sides and seven floors and are more than thirty meters high.

The Humble Administrator’s Garden is a Chinese garden, a UNESCO World Heritage Site and one of the most famous gardens of Suzhou. It is the largest garden in the city and is considered by some to be the best garden in all of Southern China.

Lingering Garden is a classic Chinese garden. It is recognized as the other classical gardens of Suzhou as a UNESCO World Heritage Site.

Tiger Hill is a hill in Suzhou. It is a tourist destination and is known for its natural environment and historical sites. The hill is so named because it looks like a crouched tiger. Another legend claims that a white tiger appeared on the hill to guard it after the burial of King Helü.

The Pan Gate, Pan Men or Panmen is a landmark in Suzhou. It is a gate located in the southwest corner of the Main Channel or Suzhou’s surrounding canal. Originally built during the spring and autumn period in Wu state, it is estimated to be about 2,500 years old.

It is a shopping area where you can find traditional Chinese restaurants and shops of various international brands. Some of them are clearly replicas that market counterfeit products.

A day trip in Suzhou allowed us to get to know China away from the big metropolis, even if it is a region where more than 10 million people live. There’s a very clear contrast with Beijing and Shanghai.

This city is quite industrialized and with a great network of commerce and services.

The accessibility and in the city are enough for those who visit it, however, in many places, it’s clear that it is not easy to find someone who speaks English.

The city is filled with gardens that along the canals create a very romantic atmosphere, which gave it the nickname of Venice of the East.

2 thoughts on “A day trip in Suzhou, the Venice of the East” 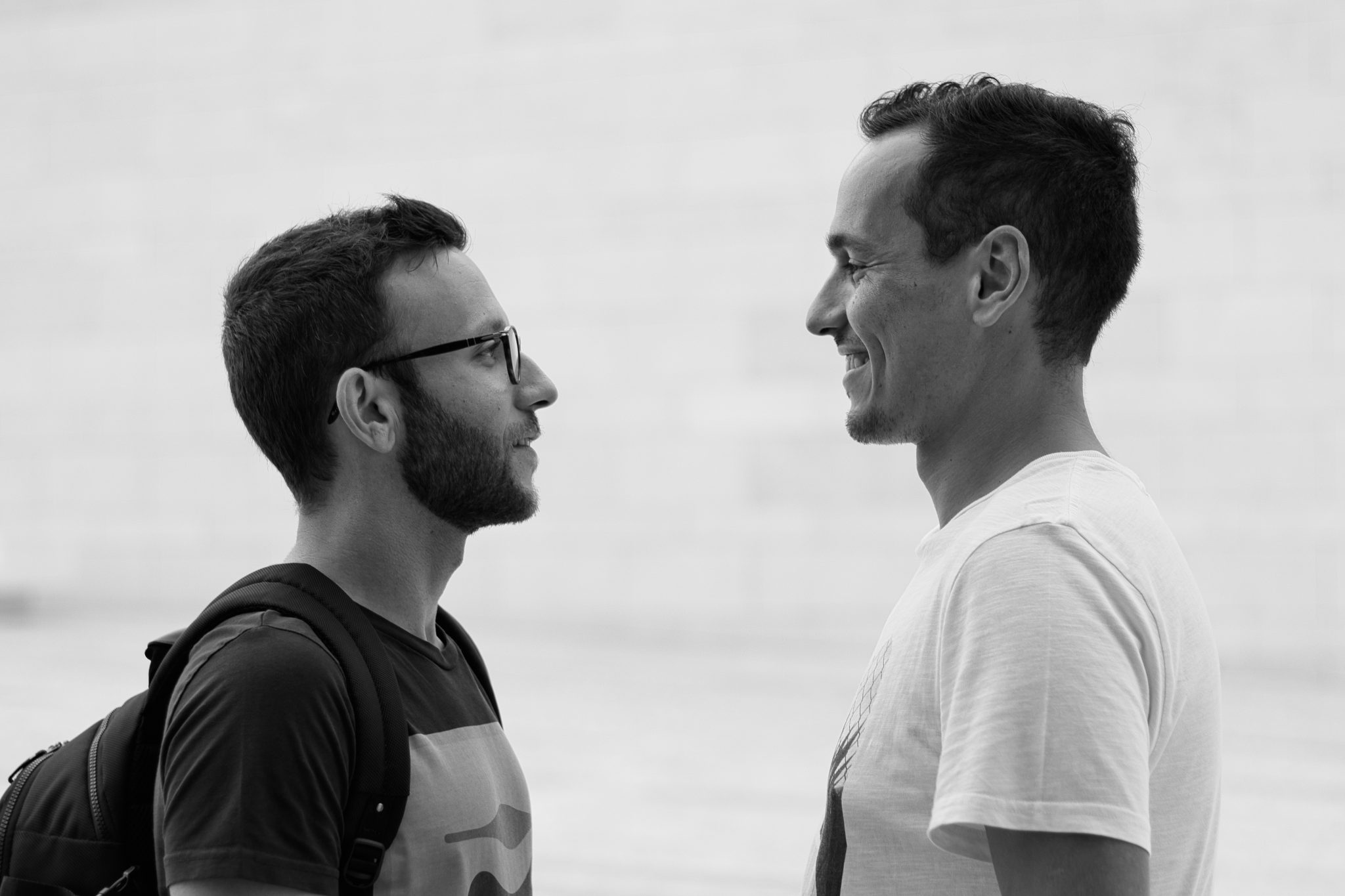 Starting a travel blog was always an idea brewing on our minds. Deciding to go on a round the world trip was the trigger we needed to start this project. Here we’ll be sharing our experiences and tips about traveling.

Ready to join us on this adventure?

Planning your next trip?

These are the companies we use when planning our trips:

Search your flights: Momondo or Skyscanner

Using these links has no extra cost to you. However, it is a great help to support our project. 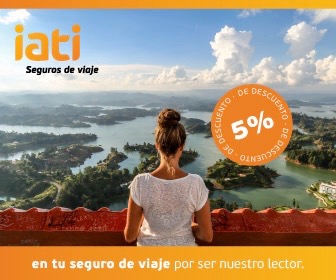 accommodation country guides COVID-19 destination guides interview islands top10 wonders of the world
We use cookies on our website to give you the most relevant experience by remembering your preferences and repeat visits. By clicking “Accept”, you consent to the use of ALL the cookies.
Do not sell my personal information.
Cookie SettingsAccept
Manage consent

This website uses cookies to improve your experience while you navigate through the website. Out of these, the cookies that are categorized as necessary are stored on your browser as they are essential for the working of basic functionalities of the website. We also use third-party cookies that help us analyze and understand how you use this website. These cookies will be stored in your browser only with your consent. You also have the option to opt-out of these cookies. But opting out of some of these cookies may affect your browsing experience.
Necessary Always Enabled
Necessary cookies are absolutely essential for the website to function properly. These cookies ensure basic functionalities and security features of the website, anonymously.
Functional
Functional cookies help to perform certain functionalities like sharing the content of the website on social media platforms, collect feedbacks, and other third-party features.
Performance
Performance cookies are used to understand and analyze the key performance indexes of the website which helps in delivering a better user experience for the visitors.
Analytics
Analytical cookies are used to understand how visitors interact with the website. These cookies help provide information on metrics the number of visitors, bounce rate, traffic source, etc.
Advertisement
Advertisement cookies are used to provide visitors with relevant ads and marketing campaigns. These cookies track visitors across websites and collect information to provide customized ads.
Others
Other uncategorized cookies are those that are being analyzed and have not been classified into a category as yet.
SAVE & ACCEPT
Loading Comments...